Elastic Stack, formerly known as the ELK stack, is a popular suite of tools for viewing and managing log files. As open-source software, you can download and use it for free (though fee-based and cloud-hosted versions are also available). 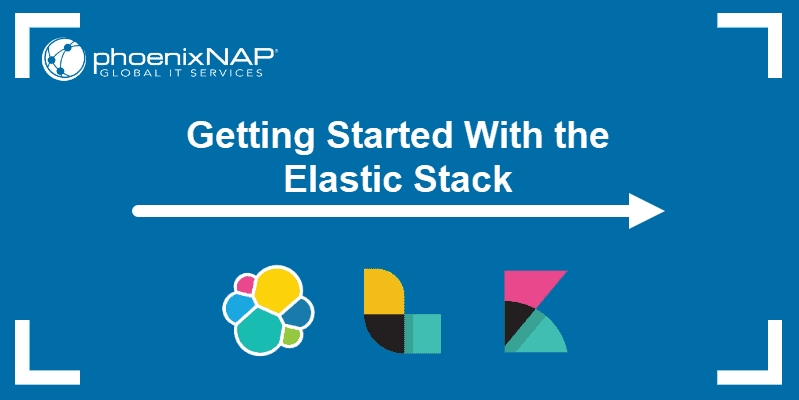 What is the ELK Stack?

ELK stands for Elasticsearch, Logstash, and Kibana. In previous versions, the core components of the ELK Stack were:

There are many different Beats applications. For example, Filebeat is used to collect log files, while Packetbeat is used to analyze network traffic.

Note: Need to install the ELK stack to manage server log files Follow this step-by-step guide and set up each layer of the stack – Elasticsearch, Logstash, and Kibana for Centos 8 or Ubuntu 18.04 / 20.04.

How Does Elastic Stack Work?

First, a computer or server creates log files. All computers have log files that document events on the system. Some systems, such as server clusters, generate massive amounts of log files. Elastic Stack is designed to help manage scalable amounts of log data.

Next, the log files are collected by a Beats application. Different Beats reach out to different parts of the server and read the log files. (Some users may skip Beats, and use Logstash.)

Then Logstash is configured to reach out and collect data from the different Beats applications (or directly from various sources). In larger configurations, Logstash can collect from multiple systems, and filter and collate the data into one location.

Finally, Kibana provides a user-friendly interface for you to review the data that’s been collected. It is highly configurable, so you can adjust the metrics to fit your needs. It also provides graphs and other tools to visualize and interpret patterns in the data.

Kafka is a real-time streaming distribution platform. That means that it can read multiple data sources at once. Kafka helps prevent data loss or interruption while streaming files quickly.

Note: Working with a Kubernetes cluster? Learn how to set up Apache Kafka on Kubernetes.

RabbitMQ is a messaging platform. Elastic Stack users might use this software to build a stable, buffered queue of log files.

Nginx is best known as a web server that can also be set up as a reverse-proxy. It can be used to manage network traffic or to create a security buffer between your server and the internet.

Elasticsearch is the core of the Elastic Stack. It has two main jobs:

Note: If you are working on an Ubuntu system, take a look at How to Install Elasticsearch on Ubuntu 18.04.

Logstash is a tool for gathering and sorting data from different sources. Logstash can reach out to a remote server, collect a specific set of logs, and import them into Elasticsearch.

It can sort, filter, and organize data. Additionally, it includes several default configurations, or you can create your own. This is especially helpful for structuring data in a way that’s uniform (or readable).

You can use Elasticsearch from a command line just by having it installed. But Kibana gives you a graphical interface to generate and display data more intuitively.

Here are some of the technical details:

Beats runs on the system it monitors. It collects and ships data to a destination, like Logstash or Elasticsearch.

You can use Beats to import data directly into Elasticsearch if you’re running a smaller data set.

Alternatively, Beats can be used to break data up into manageable streams, then parsed into Logstash, to be read by Elasticsearch.

For a single server, you can install Elasticsearch, Kibana, and a few Beats. Each Beats collects data and sends it to Elasticsearch. You then view the results in Kibana.

Alternatively, you can install Beats on several remote servers, then configure Logstash to collect and parse the data from the servers. That data is sent to Elasticsearch and then becomes visible in Kibana.

There are different Beats applications. You can install one or multiple Beats.

So, what’s the point of collecting, sorting, and displaying all this data? Log monitoring gives insight into how your resources are performing.

Elastic Stack generates data that you can use to solve problems and make sound business decisions.

In this Elk Stack Tutorial, you learned the basics of the Elastic Stack, how it is used, what it is used for, and its components.

Review the use cases, and consider trying out the ELK stack.

Sofija Simic
Sofija Simic is an aspiring Technical Writer at phoenixNAP. Alongside her educational background in teaching and writing, she has had a lifelong passion for information technology. She is committed to unscrambling confusing IT concepts and streamlining intricate software installations.
Next you should read
SysAdmin
How to View & Read Linux Log Files
All Linux systems create and store information log files for boot processes, applications, and other events. Learn how to find and read Linux logs.
Read more
SysAdmin
How to Show Hidden Files in Linux
Linux stores visible and hidden files in its directories. You can display these hidden files using simple Linux commands.
Read more
Databases DevOps and Development
How to Install Elasticsearch, Logstash, and Kibana (ELK Stack) on CentOS 8
Need to install the ELK stack to manage server log files on your CentOS 8? Follow this step-by-step guide and start using ELK...
Read more
Databases DevOps and Development
How to Install Elasticsearch on Ubuntu 18.04
Elasticsearch is an open-source engine that enhances searching, storing and analyzing capabilities of your system.
Read more
© 2021 Copyright phoenixNAP | Global IT Services. All Rights Reserved.