How to Show or Hide Line Numbers in Vim / Vi

Vim does not display line numbers by default. However, the numbers that mark the beginning of each line may be useful to modify text with the Vim command. Many of these commands require you to specify line numbers.

In this tutorial, learn how to show or hide line numbers in Vim / VI in Linux. 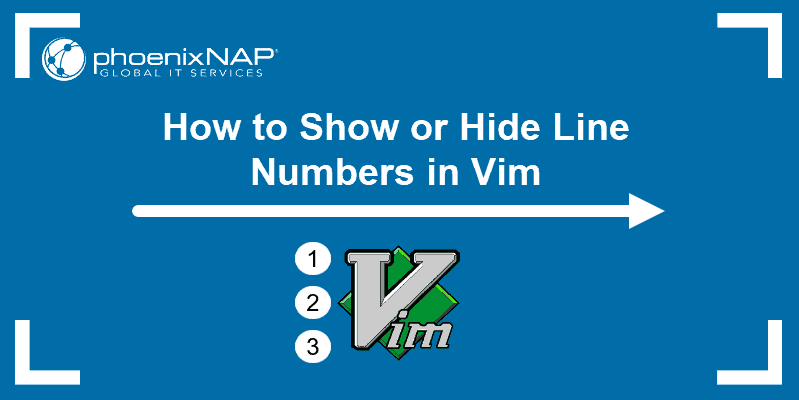 There are three (3) different ways to display line numbers in Vim / Vi. You can set the text editor to show:

2. Then, press : to prompt a command line at the bottom of the file.

Alternatively, you can use the abbreviated command:

3. Hide line numbers by typing in the following command:

If you prefer, you can also use its abbreviated form:

1. Ensure you are in command mode by pressing Esc.

3. Set Vim to display relative line numbers with the command:

Or, use its shortened form: 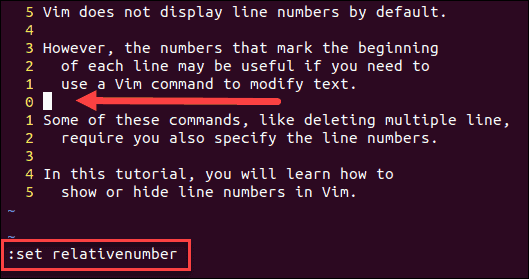 When you display relative numbers in Vim, each line is numbered by its distance from the cursor.

Take a look at the position of the cursor in the image above. This position is marked as 0. Accordingly, lines above and under the cursor are labeled as 1, the next ones 2 and so on.

1. Switch to normal mode with Esc.

3. Now you can turn off relative line numbers by typing one of the following commands:

1. Use Esc to make sure you are in command mode.

2. Open the command line in Vim by pressing :. 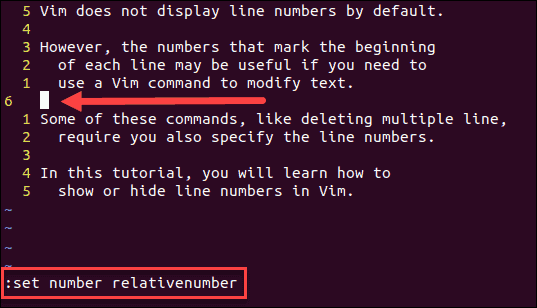 3. Then, deactivate hybrid line numbering with the command:

2. Add the following line to the file:

Note: If you do not have a .vimrc file in your home directory, create one with vim .vimrc.

In this tutorial, you learned how to display or hide line numbers in the Linux Vim text editor.

Vim allows many user-friendly modifications; adding line numbers is just one of them. To go a step further, find out how to use vim color schemes.