CentOS is a popular fork, or derivative, of the Red Hat Enterprise Linux distribution.

CentOS 7.6 is a minor update and was published in December 2018. It includes updates and changes, including support for newer software and server technology. This guide will walk you through upgrading and updating the current version to the latest CentOS release. 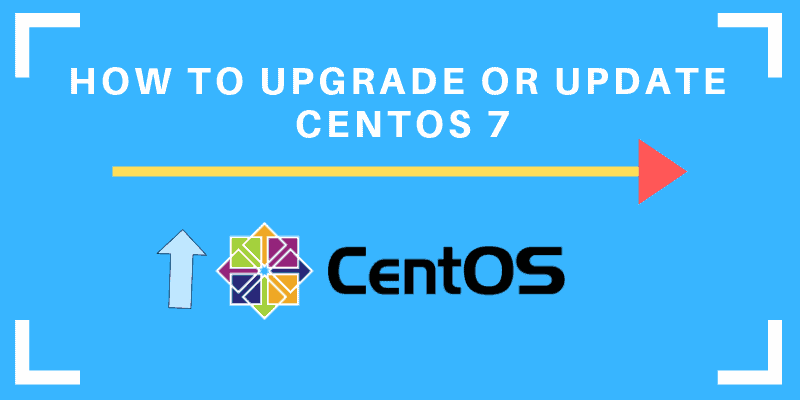 Check the version of your current release with the command:

The system should display the CentOS Linux release version. Make sure the first number is at least 7.x.x.

Read this, for a full tutorial on how to check CentOS version.

Backing up important server data should be done before running a operating system upgrade. Take a moment to verify your system backups.

The system will display a list of available updates, including the core operating system updates. Scan through these to make sure everything is in order.

A good habit is to scan for software that you’ve specifically configured or installed. If you see a familiar package listed, it can indicate that there are updates or changes you’ll want to be aware of. You can research the upgrades to software packages as needed, depending on your system configuration.

As the yum package manager updates your system and software, it accumulates additional listings and downloaded data.

To clear these out of your system use the terminal command:

Reboot the server with:

This will clear the caches and lists in the local yum repositories. This can help speed the update process, and it can also help prevent issues.

Enter the command into the terminal:

The system should give you a listing of the packages to be downloaded, as well as the disk space required. The system will prompt you to confirm this is OK – press y, and the system will continue with the download and installation.

Note: CentOS 7.6 is a relatively minor release, so the process for updating is fairly straightforward. If you were installing a major update – say, CentOS 6.3 to CentOS 7.6, the process is much more involved.

To verify the current version on CentOS, enter the command into the terminal:

The system should display CentOS Linux release 7.6.x is running on the web server.

Note: If you also have systems running Debian 9, may want to upgrade to the Linux Debian 10 Buster.

If you’ve followed along, you should have an updated version of CentOS 7.6.

The recent updates in CentOS include:

You can find more detailed instructions and release notes on the CentOS documentation page. Since CentOS is designed around stability and reliability, it is unlikely that this release will cause any significant problems with your configuration.

Sofija Simic
Sofija Simic is an aspiring Technical Writer at phoenixNAP. Alongside her educational background in teaching and writing, she has had a lifelong passion for information technology. She is committed to unscrambling confusing IT concepts and streamlining intricate software installations.
Next you should read
SysAdmin Web Servers
How to Start, Stop, or Restart Apache Server on CentOS 7
In this SIMPLE Updated Tutorial Learn How to restart, start, & stop Apache web server on the CentOS 7 Linux...
Read more
SysAdmin Web Servers
How to Install phpMyAdmin on CentOS 7
This guide is for users who have already configured a CentOS server and installed the Apache HTTP services...
Read more
SysAdmin Web Servers
How to Update Linux Kernel In Ubuntu
The Linux kernel is like the central core of the operating system. It works as sort of a mediator, providing...
Read more
Networking SysAdmin
How to Set or Change a Hostname in CentOS 7
This technical guide is for users who already have a server running the CentOS 7 operating system on a...
Read more
© 2021 Copyright phoenixNAP | Global IT Services. All Rights Reserved.